Forgiveness is such a personal journey.  Some people forgive easily, where others, not so much.  I’m not talking about saying I forgive you in words, but the actual feeling that dwells deep inside of each one of us.

Over the years I have been tested with some extra-ordinary circumstances where forgiveness did not come easily and the experiences I faced devastated my mind.  Working my way through to a forgiving place saved me immense amounts of bitterness and opened me up to understanding others in a whole new light.

Anyone who has been through a divorce understands that the divorce doesn’t just divide the couple.  Relatives and friends become involved.  Sometimes the involvement is a show of support for their own family, other times it is a friendship where one part of the couple is favored more than the other.  Whatever the reason, it adds to the trauma of breaking apart a life you once knew and counted on.

When it came to friendships, I was lucky.  My friendships stayed intact.  Although some friends backed off during the messiness of the actual divorce, I never lost anyone that I had come to rely on as a good friend.

It was the family ties that cut so deeply.  I had been a part of a big, boisterous family for 15 years.  My ex-husband’s family had truly become my own and I was very close to them.  Of course when I divorced, I knew that I had to walk away.  This was my ex-husband’s family, not mine and I had to respect the fact that my ex-husband would need support.  I knew that my relationship with this family was over and although I was sad, I understood.

The distance that was put between me and my ex-husband’s family actually made it easier to move on.  It was like pulling off a band-aid.  It was quick but the pain was not as great as  it would have been if I had slowly extricated myself from those relationships.

I understood from the beginning my ex-husband’s family standing by his side.  I understood the hurt and disbelief and the need to blame.  I even understood blaming me for a marriage gone wrong.  I was now the outsider and they were standing by their one of their own.  It was only natural for them to support and love their own family no matter what.  I forgave the hurt feelings, the moments of shock and inappropriate actions and the loss of closeness I once had with them.  I forgave it up to a point.

I still struggle with a few people who took their support of my ex-husband too far and did things that ended up hurting my children.  Lies were told and rumors were made up of things that had no substance and were far from anything I would ever do.  The stories were told outright to the kids on a few occasions with a warning of why their mom was not a good person.  The stories were spread through the neighborhood and into the school the kids attended.  Parents saw the drama unfolding and didn’t want anything to do with the mess that was being created.  My children lost many friendships because of the hatred that was spread about things that were untrue.

My oldest daughter went through her earliest school years with very few friendships because of the fallout.  The incredible thing is that I found out what was being spread by the parents themselves.  They didn’t believe what was being said, they knew better.  They walked away because they were being approached on the playground while waiting to drop off or pick up their kids.  They didn’t want to be sucked in.  I understood.  I would have felt the same way.

So many years after the war of the divorce and the hatred that was exposed, there has been a lot of back pedaling.  Things have been seen in a new light.  A lot of apologies have been made.  People are seeing me once again the way they had remembered me before the fallout had occurred.  I had forgiven most of what had happened years ago, and now the people I was once so close to are aware that I hold no grudge or ill will.

There is an exception.  I have been struggling with the hurt created when the kids were pulled into the mess.  I know that I need to let go of any residual pain.  I have done a good job of moving on and not dwelling on the past.  I don’t live with a bad feeling each day.  My fear is that I might not be gracious in accepting a welcoming gesture from the few people who went too far if it were to occur.  I know that forgiveness will help in my own healing process, but when might forgiveness go too far?  How far should you stretch yourself before it is too much?

My personal answer to this question is simple.  I still have some work to do.  I don’t want to spend extra moments of my life with any feelings of sadness, anger or other negative emotions if it is possible.  I think in time my anger for the fallout all those years ago will vanish.

I believe that the ability to forgive is one of the most challenging experiences we face.  The growth we achieve when we learn to forgive is incredible.  It opens your eyes to other points of view.  You become more aware of human nature and why people react and respond in particular ways.  You become open to seeing peoples strengths and their weaknesses all from questioning why something was done.  Most importantly, you learn what your own strengths and weaknesses are from questioning how you feel and what you are capable of forgiving.

25 thoughts on “When is Forgiveness too Much?” 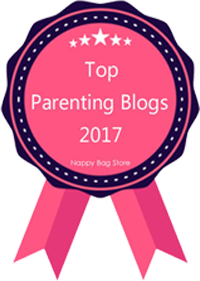