There are things in life that I can’t explain.  Maybe that’s what makes life so interesting.  Having experiences that just are.  They just happened.  I have always been open to the idea that there is more to life than what we can see or hear or prove without a shadow of a doubt.  At the same time, I am a person who leans towards the skeptical until I personally feel justified that it is true.

I have had experiences in my own life that fall into the category of it happened to me, but I can’t prove it to others.  It just happened.  When I was young, my grandmother meant the world to me.  She was always so put together.  A beautiful person with a loving heart.  I always felt that when I grew up and had grandkids of my own, I would like to be just like her.  My hair done up, makeup on, and a well thought out outfit suited to going out shopping or to a nice restaurant.

I adored my grandmother, maybe more so because as a young child, I lived so far away.  We only saw relatives a few times a year if we were lucky.  Until I was 8 yrs. old, we just lived too many states away to see family even once a year.

When I was much older, my grandmother got ill and eventually passed away. This was not a quick illness.  I can’t remember just how long it was, but there would be no way for me to know she was so near the end of her life.  The night before I found out she passed away, I had a very vivid dream about her.  She was sitting in a chair in the front room of my aunt and uncle’s home.  She was dressed up like she was about to go out.  Her hair was perfect and she was wearing makeup and had a wonderful outfit on.  She looked happy and content like I remembered her when she was at her best.  I had never had a dream about her, but in that moment, I knew she had passed away.

I remember waking up and being comforted by the image I saw.  It was almost like she was telling me she was alright.  It was surreal.  As I woke up, my mom came into my room and told me my grandmother had passed away. I wasn’t surprised.  It somehow seemed natural to have a last opportunity to see my grandmother and be reassured she was okay, even if it was only a dream.

For years afterwards, I would smell her perfume at the most random moments.  She wore a very distinct perfume and it always caught me immediately with the recognition that my grandmother was somehow still around.

Over the years, I have had moments where I knew things I shouldn’t have known.  There weren’t many of these moments, but even a few instances is more than I ever thought I would experience in my lifetime.

Recently, someone I cared very much for passed away.  They were simply wonderful with the kindest heart and most enduring spirit I have ever known.  The night before I found out they passed, they were on my mind a lot.   They had been very ill and it was likely they would pass at any time.

Around 4:30 am, I was still awake.  I was trying to will myself to go get some sleep.  I went up to the bedroom and a short time later suddenly just knew.  I remember thinking it had happened.  They had passed away.  It was like a conversation in my head.  Like someone had informed me. I felt so sad, but at the same time, I was relieved that they were no longer suffering.  I pictured them reuniting with others in their life who had previously passed away and how happy they would be to be surrounded by those they hadn’t seen in so long.

I had a moment where I almost wrote down everything I was thinking. I couldn’t believe what I felt, and was sure no one else would believe it if I told them what I was feeling.

I laid down and closed my eyes.  Suddenly I felt as thought someone had touched my head.  As it computed that I had just had such a strange sensation, I felt as though I was touched on my upper arm and then I felt this incredible feeling of peace and happiness.  I’m sure at this point in the story you think I’m crazy, but it’s what happened and I can’t explain how.  I didn’t see or hear anything and I wasn’t afraid.  I should have been startled, but the calm feeling that overcame me just made me feel as though all was right with the world and that death wasn’t something to fear.  At that moment I was sure that death is not the end.  I am certain that there is so much more and it is beautiful and full of love.

My husband woke me in the morning and let me know that it was true.  They had passed.  I began to tell him what I experienced and then stopped.  It was too new and too strange to talk about. He never knew that I had any experience other than feeling as though they had passed away.

Why had they visited me?  The person who passed away had such an enormously good heart.  I truly believe they visited each and ever person who touched them in some way throughout their life.  It just seems like something they would do. Go from person to person and give them comfort. Let them know that all was okay.

I can’t explain the experiences I have had.  Maybe they can somehow be explained away, but no matter what, I know that I will treasure those last moments of comfort I received.  I was able to process something that is so very difficult and move on feeling it wasn’t the end.  One day I would see them again.

10 thoughts on “Unexplained Experiences: A Final Opportunity to Say Goodbye” 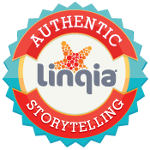